WASHINGTON, D.C.–Next year’s federal budget may not contain a penny more for research and education if Republican Senator John McCain (AZ) is elected U.S. president and has his way with Congress. An aide to the McCain campaign delivered that sober fiscal message today to science lobbyists, who pressed him unsuccessfully for leeway in the candidate’s promise to curb federal spending by imposing a 1-year freeze on domestic discretionary spending.

“The purpose of the freeze is to evaluate each and every program, looking at which ones are worthwhile and which are a waste of taxpayer dollars,” Ike Brannon, an economist and senior policy adviser to McCain, told the Task Force on the Future of American Innovation at a private gathering in Washington, D.C. The task force, a coalition of scientific and professional societies, had heard a more upbeat message in July from aides for Democratic Senator Barack Obama (IL), who has proposed doubling over 10 years the budgets of a host of U.S. science agencies.

A lot of us already know about the Palin/McCain Campaign’s stance on science.  Now we have it confirmed, McCain will not add a dime to the science budget.  Then he’ll give Palin power to apply the axe to cut what she doesn’t think belongs since she’ll be doing the house cleaning/reforming*.  I think we all know where that story ends up.

* BTW, “house cleaning” is only sexist in political terms when applied to a woman, FYINFOADYSB.

The enigmatic aurora borealis has kept scientists on a constant quest to understand the mysterious forces behind the spectacular dance of lights that brightens the North sky at night. Auroras can be observed near the Earth’s northern (aurora borealis) and southern (aurora australis) magnetic poles, in colorful green, blue or red displays.

The spectacular events have been linked to geomagnetic substorms, which are powered by explosions of magnetic energy one third of the way to the moon. This triggers the magnetic reconnection phenomenon, when magnetic field lines merge into new shapes, causing the sudden brightening and movement of the aurora borealis.

“We discovered what makes the Northern Lights dance,” said Dr. Vassilis Angelopoulos of the University of California, Los Angeles. Scientists have been trying for decades to find out what exactly triggers the burst of energy in Earth’s magnetosphere.

With the help of the NASA THEMIS satellites, short for Time History of Events and Macroscale Interactions during Substorms, researchers identified the magnetic explosions that produce dynamic changes in the auroral displays.

David Sibeck, THEMIS project scientist at NASA’s Goddard Space Flight Center, explained that the magnetic reconnection releases the energy captured and stored by Earth’s magnetic field lines from the solar wind back toward the Earth’s atmosphere, which creates halos of shimmering auroras circling the northern and southern poles.

Prior to the observations from the THEMIS satellites, there have been two theories regarding the substorms. One theory placed substorms closer to Earth, one-sixth of the way to the moon, where large amounts of particles are sent toward our planet from solar wind currents’ disruptions, causing the burst of light.

The second theory, confirmed by this study, places the substorms one third of the distance to the moon, where magnetic lines are stretched so far back that they snap into a new shape, similar to a rubber band when it is stretched too far, in a phenomenon known as magnetic reconnection.

This is from over a month back, but I really wanted to mention it, both here and on the video.  I can explain what his happening there a bit better, using the pictures below, but I always find it exciting when we solve another of the great mysteries. 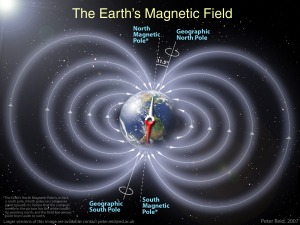 UPDATE: You can see the video version of this post in these videos. This post is covered in the second one.

NEW YORK (CNNMoney.com) — President Bush asked Congress on Saturday for the authority to spend as much as $700 billion to purchase troubled mortgage assets and contain the financial crisis.

The legislative proposal – the centerpiece of what would be the most sweeping economic intervention by the government since the Great Depression – was sent by the White House overnight to lawmakers. (Read the text here.)

The plan matches the scope of the problem, Bush said.

“It is a big package because it’s a big problem,” Bush told reporters at a news conference. “The risk of doing nothing far outweighs the risk of the package.”

Treasury Secretary Henry Paulson, lawmakers and their aides are expected to work through the weekend in an effort to craft a bill swiftly. Democratic leaders on Capitol Hill said they expect the bill to go before a vote within days.

My socialist brothers and sisters!  Welcome to the future!!!

Now we own to means to capital. Together.  We share now *ALL* share ownership of the very foundations of our economy.