[please note: this is but merely the 2011 version of this august document, my hope is that for the good of humanity, I am able to continue my work documenting this most American of Americans for many many long and glorious years into the future.]

Indeed there is not little that can be learned from the background images of Glenn Beck, and for that reason, and that reason alone, I ask that you let me begin.  I beg of you, let me begin my Unofficial (not quite yet) Authoritative Analysis of Glenn Beck Dot Com Background Images.   Please, for the good of us all, let me continue.

bg01.jpg : Then Glenn, like so many of us, so many that sometimes it’s hard to keep track of, got a sweater vest. 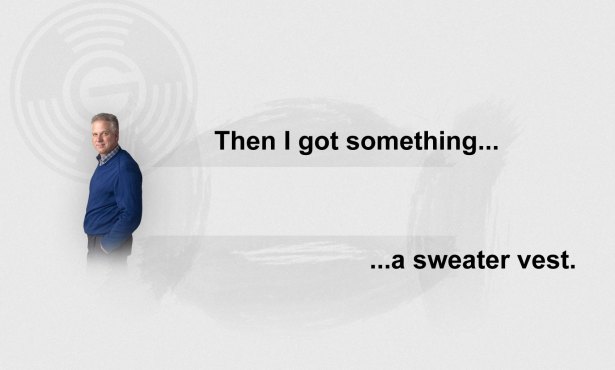 Glenn got a sweater vest.

bg02.jpg : Then Glenn got a tie, and some suit pants.  And Glenn got something else…Glenn got suspicious.

Glenn got a tie, and he got suspicious. 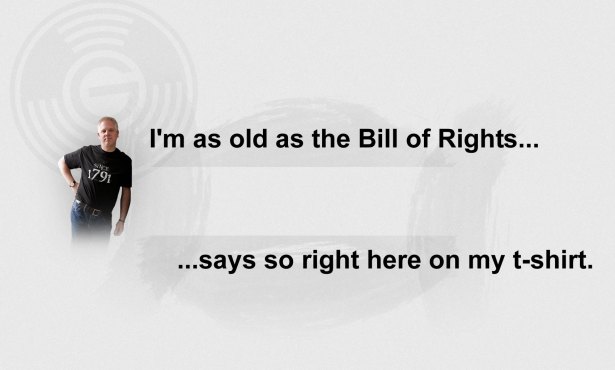 Glenn is as old as the Bill of Rights.

bg04.jpg :  Glenn’s left eyebrow says everything you need to know about science; be suspicious!

Glenn's eyebrow. What else need you know?

bg06.jpg : Glenn, having learned all there is to know, begins to teach. 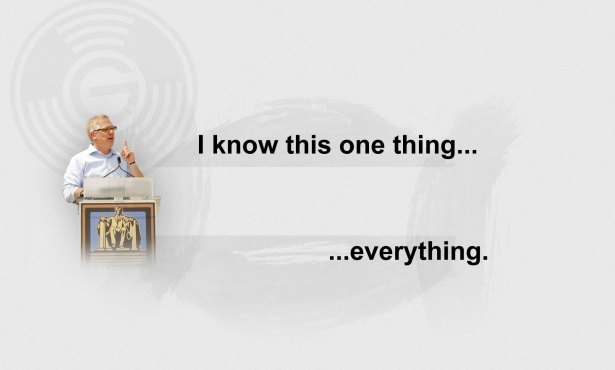 Glenn teaches the one thing he knows.

It was all Glenn. Yes, that is physically possible. 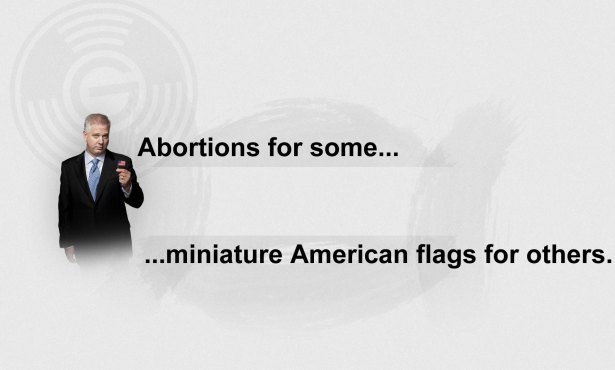 Simpsons already did it. 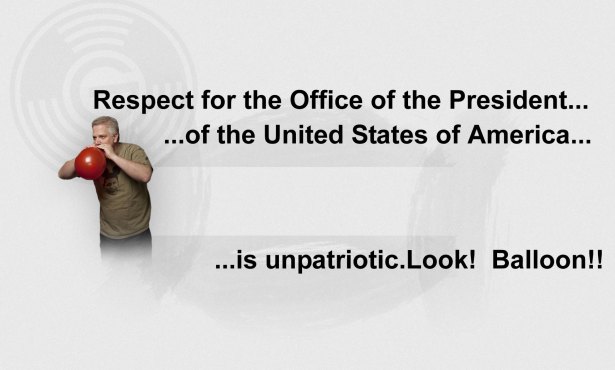 Coming up tomorrow in Part 2 of The Unofficial (not quite yet) Authoritative Biography of Glenn Beck done via Background Images…more background images and more biography.

I’ve been thinking about where to go with this one.  As pretty much everyone is aware by now, over this last weekend a U.S. Congresswoman was gunned down during her first public event with constituents after a hotly contested election.

Since then….well…it’s been a cavalcade of finger-pointing, deflection, protesting too much, more blame, more accusations, and more crap.

Personally, having watched the rhetorical scale creep up over the last couple years, and having predicted an event just like this would likely follow, I can only shake my head and quote the Bible (kinda…had to clean it up a bit).    Great. Right again.  Awesome.  This feels about as good as being right about Iraq.  Bunch of people dead, the prime motivator being lies and fear, coupled with arrogance and ignorance.

“Some” might say this is a bit of cherry-picking on events.  Or that Palin’s contribution is insignificant, and that cause/blame and correlation are impossible to say.   I would say “some” are focusing only on this latest sprout and missing the growing forest.

While I do agree that direct culpability is an illogical stretch, there is no question in my mind that the political atmosphere directly contributes to the likelihood of extreme political action.   Nor is there any question in the minds or datasets of the Secret Service.

The Republican vice presidential candidate attracted criticism for accusing Mr Obama of “palling around with terrorists”, citing his association with the sixties radical William Ayers.

The attacks provoked a near lynch mob atmosphere at her rallies, with supporters yelling “terrorist” and “kill him” until the McCain campaign ordered her to tone down the rhetoric.

The Secret Service warned the Obama family in mid October that they had seen a dramatic increase in the number of threats against the Democratic candidate, coinciding with Mrs Palin’s attacks.

It should be noted that this is an old article and did absolutely nothing to alter Palin’s behaviour.    Being a vicious attack bulldog was how she made her bones on the national stage, it’s her bread and butter, and it finally bit her in the ass. 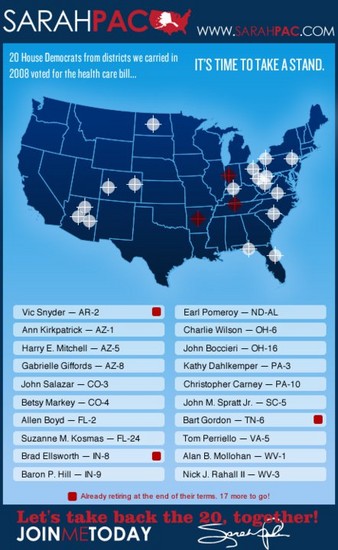 …when surrounded by this…

As a good friend of mine is fond of saying….”Sow bitter seeds, reap a bitter harvest”.

In you sow seeds of anti-Government doubt, secret associations, impending societal destruction, and violent revolution, don’t be surprised when what grows tastes the same.

And don’t blame me for pointing it out.

UPDATE:  A bit more insight into the crazy….

Since hearing of the rampage, Tierney has been trying to figure out why Loughner did what he allegedly did. “More chaos, maybe,” he says. “I think the reason he did it was mainly to just promote chaos. He wanted the media to freak out about this whole thing. He wanted exactly what’s happening. He wants all of that.” Tierney thinks that Loughner’s mindset was like the Joker in the most recent Batman movie: “He fucks things up to fuck shit up, there’s no rhyme or reason, he wants to watch the world burn. He probably wanted to take everyone out of their monotonous lives: ‘Another Saturday, going to go get groceries’—to take people out of these norms that he thought society had trapped us in.”

When one’s goal is to pour gasoline on a fire, is it wrong to think the existence of that fire is a motivating factor?

Led me to find this..